Rascal Flatts says it's "Back to Us"

"There was a nostalgic feeling between the three of us while in the studio for this record, a feeling that was more reminiscent of our first albums," said bassist Jay DeMarcus. "The journey we've all been on together is unreal and I can honestly say I'm even more excited about what is ahead for us. 'Back to Us' is not only a title of a song on the album, but a feeling that has been building around this new music. It just fits in so many ways."

"With this being our tenth album, we knew we wanted to be careful and deliberate in how we approached it," said lead singer Gary LeVox. "This time around, the three of us have been able to really focus and work together on what we want to say at this point in our careers. We've all been so energized by the process of making this album and we still have a lot more music to make and we still actually like each other....for now."

"Even though we do love to joke around, one of the best parts of being in the band is how much we really do enjoy each other's company," said guitarist Joe Don Rooney. "I think the comaraderie while recording 'Back to Us' has really lent itself to the spirit of the songs. We're so excited for everyone else to hear how much fun we had making this." 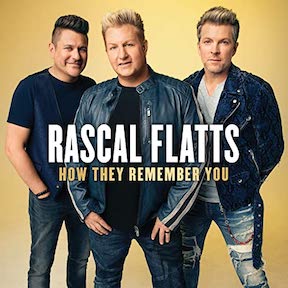