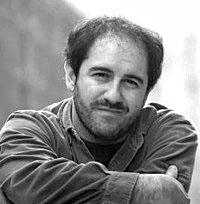 Bio: The music of Durham, N.C.'s Jon Shain has always been the sound of a variety of influences, musical and otherwise, working (and playing) together. Shain cut a few of his musical teeth playing guitar alongside Piedmont bluesman Big Boy Henry, and he and bass-playing compadre FJ Ventre won the 2008 Triangle Blues Society Challenge with a rootsier take on the style. His earlier outfits Flyin' Mice and WAKE wandered more Americana-ward, and Shain's shared stages with the likes of Little Feat and Ian Anderson and recorded with British drummer Dave Mattacks, suggesting that he's comfortable rocking and folk-rocking. Shain's surroundings have always played a role as well, whether it's the rustic New England of his youth or the Southern highways and back roads of his grown-up years.
True to form, Shain's new "Times Right Now" is the product of relationships both musical and geographical, as well as a nod to his curious nature and eager ear. Made with his core band of Ventre, Bill Newton (harmonica), and John Currie (Dobro) and with valuable contributions from Washington, D.C.'s The Grandsons, "Times Right Now" showcases Shain's ability to look back while still keeping a close eye on what's happening now.

CST's Take: Songs celebrating the good ol' days made in good ol' today and somehow sounding like both; in other words, despite the throwback influences and vintage instruments, this isn't antique music.

Country Standard Time: Your songs have a strong sense of place, and I want to focus on that for the first couple of questions. What influence has your youth in New England and your eventual move to North Carolina had on your music?
Jon Shain: Wherever you spend your childhood seems to loom largest in your memory and in your outlook on life. It's what you simultaneously cling to and what you desire to escape from most. My hometown of Haverhill, Mass., was a pretty gritty place, but not without its natural beauty and beautiful older architecture - not too unlike my adopted hometown of Durham, N.C. I think that Haverhill wasn't a big influence on my music (that is, chords, melodies, rhythms) as much as it was on my lyrics and themes: seeing people work hard at crap jobs to scratch out their existence; listening to the way they spoke to each other; seeing how climate and landscape can get under a person's fingernails and into their psyches. The music I listened to back then was a lot of classic rock, some modern rock, bits and pieces of whatever was on the radio or in my buddy's Rolling Stone Record Guide. When I moved to North Carolina as an 18-year old, I first ran into folk music forms played by authentic musicians from the tradition, watching Big Boy Henry play blues and Doc Watson play fiddle tunes on his guitar. So, even though I was in a school that included the children of captains of industry, I was actually first exposed to legitimate folk music at the same time. But then my experience at Duke was probably different from that of a lot of other students.

CST: Three places in particular inform "Times Right Now," so let's talk about all of them. First, what role did the city of Memphis play on the new record?
JS: Well, FJ Ventre and I went out to Memphis for the International Blues Challenge this past February. (We made it to the finals in the solo/duo category - the last six acts). We soaked in the food and the late-night music scene of Beale Street. The blues there is kept alive by an audience who wants to feel part of the music, part of the show and a bit more involved, albeit in a drunken kind of way, then the button-down straight folk music community. I wanted to keep some of that devil-may-care-less attitude in this new record. Keep it fun...

CST: How about New Orleans?
JS: My wife and I had a wonderful weekend in New Orleans two years back. It was there that I got the idea to do something that would try to tip my hat to the city, musically and lyrically. People are still hanging on there. While the post-Katrina city has been largely forgotten in the mainstream news - after all, there's a disaster somewhere every day in the world - New Orleans is responsible for so many great threads in American culture and in the world at large.

CST: And finally talk about how the Catskills factor in, and what The Grandsons add to "Times Right Now."
JS: I was at a big music conference up in the Catskills a few years ago and did a lot of sitting in with my friends The Grandsons, a WAMA award-winning Americana group from the D.C. area. Everywhere we played, people danced and moved to the tunes. They were the only group at the festival with a baritone sax player. I thought to myself, "Hmmm... how would my music sound backed up like that?" Fortunately, they were game to play on the record, and it came out great. We are going to do some touring together in 2010.

CST: Before starting to release albums under your own name, you were in the popular bands Flyin' Mice and WAKE. How did those two bands prepare you, musically and in other ways, for this next stage of your career?
JS: When I dream music-related dreams or music-business related nightmares, it's always still Flyin' Mice that pops up in my subconscious. They were like my first girlfriend: love, infatuation, frustration, despair and eventually break-up. We did everything for ourselves - booking, publicity, accounting, working on the van, mailing, etc. - all in the pre-email, pre-Internet age. I didn't know of another model. We had no label, no agent, but we still did alright. I guess it taught me to be self-reliant. But the music business doesn't seem any easier to me now. It's still a crapshoot.

CST: You cover two traditional tunes, James Alley Blues and Careless Love (with the first words of the former providing the album's title), on the new record. Why did you choose those two songs to record? And in general, what do you look for when you want to record a song that you didn't write?
JS: Originally, Jackson Hall, who co-wrote several songs on "Times Right Now" and co-produced it, came to me with the idea of doing a whole album of songs from the Harry Smith collection. The "old weird Americana" that predates the rock 'n' roll and jazz age eras. That's where I found James Alley Blues. It was a good idea, and still is, but I had too many new songs that I had finished and wanted to concentrate on those instead. I like finding songs to cover that I can make my own. I think it's a great compliment when people don't realize that I didn't write one of the songs on the album - like Tom Petty's Time to Move On on my last CD, "Army Jacket Winter."

CST: On "Times Right Now," you celebrate days gone by both musically and lyrically, and there's definitely a good-old-days vibe. But at the same time, the album doesn't feel any way trapped in the past or stale. How do you strike that balance?
JS: I can't help it. That's the way I play, I think. I like music like that, whether it's an Uncle Tupelo record, Corey Harris or something by Beck.

CST: In the song Ooncha Ooncha Music, you mention Bill Monroe, the Mississippi Sheiks, Louis Armstrong and Jelly Roll Morton. If you were to write another verse and highlight some other artists, who would they be? How might those new lines go?
JS: Maybelle Carter and the Stanley Brothers, ol' Scott Joplin and countless others/It's that sweet Ooncha Ooncha music.