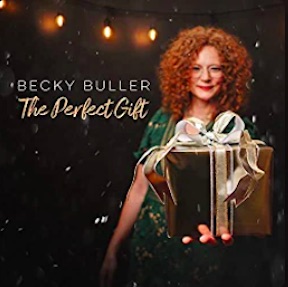 Fiddler Beck Buller has sure stocked her album with plenty of A-list talent, an all-star group that includes Vince Gill, Dan Tyminski and Ricky Skaggs. While much of this album is bluegrass or bluegrass-accented, there's also a lot of sonic variety, too. It's sure to please country music fans, while it spices up the overall sound with lots of musical surprises.

Perhaps the most unexpected offering is "Mary Rocked Her Baby," which finds Buller mixing it up black gospel style with The Fairfield Four. Gospel, as in church hymnal mode, is applied to "Tell Me The Story Of Jesus," which is a stripped-down hymn-sing on a Fanny Crosby gem featuring Gill's singing and Skaggs' mandolin accompaniment. Buller helped write "Anna," which salutes the prophetess from the book of Luke. As you might guess, Buller is a deeply spiritual woman, which is why she also includes the traditional carol, "O Come, O Come, Emmanuel" and helped write her own song about Jesus, "The Savior Is Born," for this project.

Buller also thinks outside-the-church enough to bluegrass-up George Michael's "Last Christmas," which truly works in this style – especially because of Buller's enthusiastic vocal on it. She also gives us the sugar rush that is "A Marshmallow World."

This is the new holiday album a lot of us have wanted and needed. It's traditional, yes, but it's also imaginative and infused with oodles of musical adventure. There are plenty of good reasons to love it.