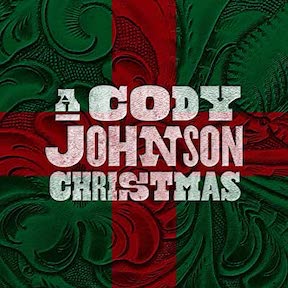 "A Cody Johnson Christmas" is like one of those Christmas presents where, no matter how much you attempt to disguise it with wrapping, it's no surprise what's inside after it's opened. Then again, Cody Johnson Christmas music is something most every country music-loving fan should want, so the non-surprise factor is not a big disappointment.

This 10-song album includes mostly familiar songs, including a traditional country arrangement of Willie Nelson's "Pretty Paper." The few new ones were written by Johnson's producer, Trent Willmon, which are the jolly "Christmas All Year Long" and silly "Hat Made Of Mistletoe." The rest of the album is comprised of songs you probably know by heart.

Johnson gives us a traditional reading of "I'll Be Home For Christmas," and gets his small children and wife involved in "Silent Night." "Feliz Navidad" is treated as a special event track, with Kevin Fowler and Roger Creager joining in. The album closes with a rollicking, bluesy "Santa Claus Is Back In Town," which is electric guitar and organ fueled, and features a fine, gritty Johnson lead vocal.

Predictable is not a bad thing when an album is as predictably good as "A Cody Johnson Christmas."