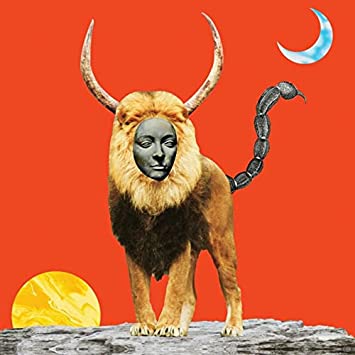 Shovels & Rope, the husband/wife duo group of Michael Trent and Cary Ann Hearst, gives us a pained collection of songs with "Manticore." The title was inspired by the Strength Tarot card, which represents mastering raw emotions in order to bring calm to yourself or a situation. And because this album was recorded during a pandemic – where we all needed to try our best to master raw emotions – it's more than a fitting album name.

With that said, though, Shovels & Rope sound like they're having trouble mastering their raw emotions -- at least while singing these 10 songs."Collateral Damage," for example, finds Hearst having difficulty keeping it all under control while performing it. Shovels & Rope often alternate lead vocals, as Trent takes the lead on "Happy Birthday Who?" Although Hearst harmonizes with Trent on this one, her voice takes on a lovely, Emmylou Harris quality while accompanying her spouse. The song, with its harmonica and acoustic piano, comes off like a quieter Bruce Springsteen song.

"Domino," which is said to be about James Dean, kicks off the album with a burst of rhythmic rock and roll. "Domino" and "No Man's Land," though, are the only rhythmically enthusiastic cuts on the album. Most of these are slow and mournful.

This music isn't feel-good, but it certainly feels real. Shovels & Rope may not have set out to record this many troubled songs, but then again, maybe it was just in the cards.