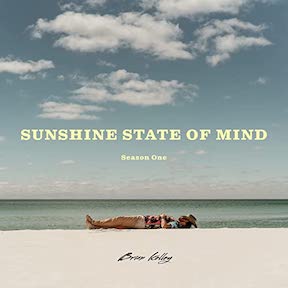 Brian Kelley may be one half of Florida Georgia Line (by some accounts, disease-spreading vectors of bro country), but "Sunshine State of Mind" is not a FGL album – not by a long shot. Like his high-profile duo gig, Kelley's solo venture is not at all lyrically deep. This is a party album. But as party albums go, it's a good one.

This is also a thematically consistent album. Most of its songs include sailing, sun, the beach or all three. It's a summer soundtrack, as authentically summer centric as early Beach Boys music. Yes, there are songs as simple and straightforward as the title to "Party On The Beach." Snuck inside this feather-light package, though, is a nicely sincere love song titled "Don't Take Much."

Stylistically, Kelley goes for something akin to Jimmy Buffett country. While the instrumentation is more acoustic than most other contemporary country, Kelley is just as apt to work in reggae grooves ("Real Good Day," "Fish All Day") as he is to sing over soft rock/country, as he does during "Say The Word."

When it comes to musical escapism, "Sunshine State of Mind" is as escapist as it gets. But is that really such a bad thing? If you live in a part of the country with access to a beach, you well know the great feelings that can come from a day at the beach. Nature's beauty is intoxicating. Warm weather forces you to slow down and take it easy. Yes, some may say life is a beach, but few can afford to live that life. With that said, though, Kelley's new album is a warm and welcome respite from troubled times. Listen to this one with open ears because Kelley has given us a seasonal winner of an album.