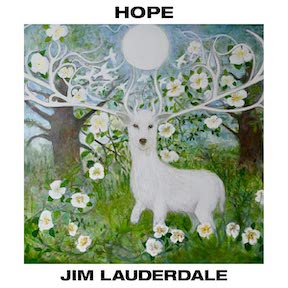 A little over two decades ago, singer/songwriter Kim Richey shone a light on what she described as "the Jim Lauderdale Phenomenon," the tendency for major labels to drop country artists despite critical success and proven potential. Lauderdale became the poster child for the "phenomenon" by losing his RCA contract after a Grammy nomination for his collaboration with Ralph Stanley. There's also a case to be made that "phenomenon" is too positive a word to accurately define the situation; "conundrum" or even "travesty" would better suit the context.

Whatever noun you care to attach to this brand of label incompetence, it dates back to Lauderdale's first deal with Warner Brothers. After being hyped as a leading light in the new country movement, along with the likes of Foster & Lloyd and Rosanne Cash, Lauderdale was dropped when his debut album, 1991's "Planet of Love," failed to move the sales needle. In fact, Lauderdale was on his 10th tenth label before he recorded a charting album.

30 years and 30-odd albums on, Lauderdale continues to show exactly why none of the above matters to him in the least. Like his musical peer John Hiatt, Lauderdale has become a songwriter's songwriter, a gifted tunesmith who can craft a track that almost anyone can cover all the way to the top of the charts, and his massive success as a writer has given him the freedom to do whatever he pleases as an artist.

"Hope" is yet another potent entry in Lauderdale's estimable catalog and further proof that he can inhabit any songwriting genre with authenticity and brilliance. If you're feeling outlaw adjacent and ready for a little Waylon-and-Willie with a splash of Delbert McClinton, "The Opportunity to Help Somebody Through It," the opening track, will do nicely, while its follow-ups, "Sister Horizon" and "The Brighter Side of Lonely," have the flavor of Glen Campbell/Jimmy Webb collabs from the '70s.

"Brave One" finds Lauderdale revisiting the jangle pop version of country that he championed in the early '90s. "Don't You Dream Anymore" has the gentle sting of an Outlaws ballad. "We Fade In We Fade Out" is a pulsing baroque country waltz with a Texas stomp worthy of Joe Ely, and "Here's to Hoping" swings with Buck Owens' Bakersfield joy, a touch of Celtic highstepping and a little yakety sax for good measure.