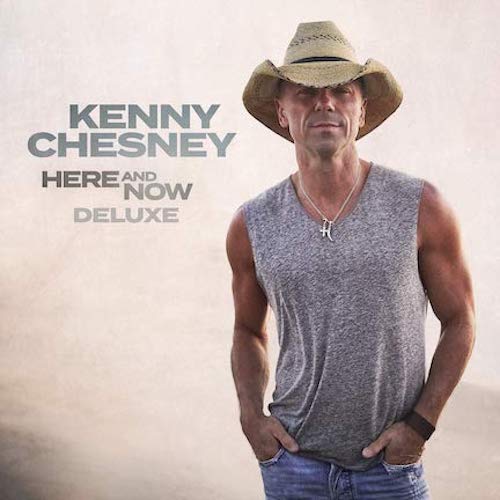 After a storied run including eight Entertainer of the Year awards and two Greatest Hits albums (so far), Kenny Chesney was due for a setback. This one wasn't strictly personal, as the "Chillaxification" Tour got waylaid by a pandemic shutdown that scrapped most everything. The loss really belonged to the fans, as the original "Here and Now" record Chesney was supporting was a beauty – from the stirring "Knowing You" to the snarky "Wasted", Chesney delivers the goods.

So what's an artist to do with a lot of time on one's hands? Make more art of course, and aim to see if an excellent thing can get even better. "Here and Now" is back again one year later, with four more tracks and the motivation that comes from a very unwanted separation from a singer and his public.

Chesney doesn't write all his own stuff – he goes after big songs like a tornado chaser, tapping into the talents of stalwarts like Craig Wiseman and David Lee Murphy. Murphy helped out with the first of the Deluxe extra offerings, "Wind On." It's a pop/rocker power-chord affair that would kick off most records – the lyrics are somewhat forgettable, but you can't blame the enthusiasm. "Fields of Glory" takes us back to the Tennessee of Chesney's youth, when days were long and nights were too short. It has a big, but sweet refrain that will resonate with a lot of the target Southern demo.

Things get a lot more unifying with "My Anthem" Chesney has a real knack for songs that celebrate the memory of great love affairs, regardless of outcome. He might be as much of a philosophy teacher as a singer. The gospel-tinged "Streets" closes the new set. It's one of the first songs that might have been inspired by the events of 2020 - but in true "No Shoes Nation" fashion, it never gives the bad thing a name or any more ink to bring about the blues. The real headline to this Jimmy Buffett disciple is people will once again get suntans in stadiums, and the country is making a comeback. So too, will Chesney, and he's bound to make some memorable performances whenever he's allowed to play again.