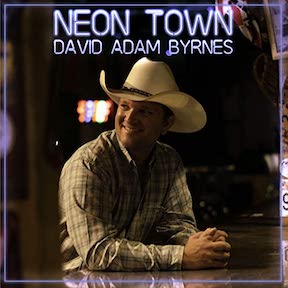 Rising Texas country artist David Adam Byrnes knows the art of writing a country song with relatable lyrics that will attract listeners and garner airplay. He has proven that already with "Beer Bucket List," "I Can Give You One" and his rollicking title track. His songs are made for radio and jukebox alike. Two of the better ones also released are "She Only Wanted Flowers," the epitome of the tear-in-your-beer country ballad and "Tequila, Salt, and Time," a clever wordplay with a similar theme as the former.

As good as these songs are, all originals except "Old School," it seems as if Byrnes' approach is so focused on making charting singles that the album serves as just a collector of these, rather than a statement itself. That's the impression one gets when seeing the oft-covered honky-tonk standard "Dim Lights, Thick Smoke, (and Loud, Loud Music)." Surely, Byrnes does a great job with the tune and his phrasing is different than most, but he's passed that hurdle of delivering the quintessential standard many times over with his own material.

Case in point, you'll find more singles under his name than albums and have to go back to 2011 for "Premium Country," done shortly after he signed a publishing/recording deal with Better Angels. It was shortly after that in Nashville when Byrnes met Trent Willmon, his songwriting partner, who contributed two of the 10 songs. Now, Byrnes, who lives in Texas, proves convincingly that he took all his songwriting lessons to heart while in Nashville.