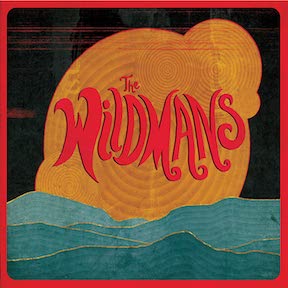 The Wildmans are a quartet fronted by siblings Aila Wildman (fiddle, vocals) and Eli Wildman (mandolin) along with Victor Furtado (banjo) and Sean Newman (bass). The sound is rooted in the Appalachian mountain music of their hometown of Floyd, Va. with healthy doses of rock, jazz, blues and country. For the most part, the band relies on outside material with the only originals being "Falling Up" by Eli Wildman and "Monster Ride" by Furtado that allow the band to display their instrumental prowess. The latter is fused by a Newman bass solo to form a medley with Gillian Welch's "Rock of Ages" featuring a soulful vocal from Aila Wildman.

A bluesy take on the traditional "Sitting On Top Of The World" similarly spotlights Aila's strong voice along with a rocking mandolin solo from Eli, as does an impressive cover of the Tedeschi Trucks Band's "Midnight In Harlem" in which Aila's vocal is reminiscent of Carole King. There's a jazzy feel to Nathan Moore and Bradford Barr's "Lost Man In A Foreign Country" featuring another slick mandolin solo from Eli.

Other highlights are the uptempo rendition of Bob Dylan's "You're Gonna Make Me Lonesome When You Go" in which Dylan's harmonica is nicely substituted for by Aila's fiddle and fellow Virginia singer/songwriter Dori Freeman contributes perhaps the strongest track on the album with her original country cheating tune "Rid My Mind" ("Did you lie next to me/In more ways than one?)" on which she adds vocal harmonies and guitar.

Recorded at the Mountain Fever Studio in Willis, Va. with tasteful production from Nate Leath (who added harmony fiddle on some tracks and played lead on "Rid My Mind") and Aaron Ramsey (who handled mixing and mastering duties), this self-titled release is an impressive debut from a talented group of upcoming young musicians.