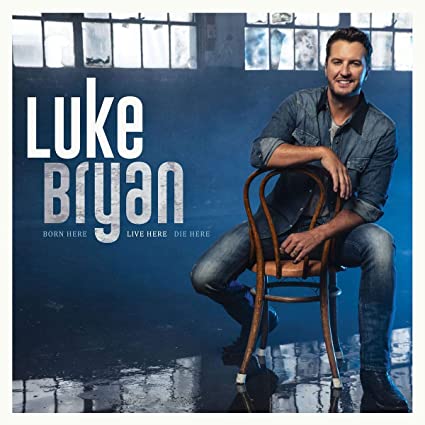 After taking in Luke Bryan's "Born Here Live Here Die Here," the listener will never guess this full length was released during a pandemic. Maybe that's a good thing. After all, we might need a diversion from the international health crisis now and then. The release opens with "Knockin' Boots," which is how modern cowboys describe sexual intercourse. A few songs later, Bryan gives us the drinking song (and single) "One Margarita." In between, "What She Wants Tonight" is another one of those urgently steamy, romantic Bryan tracks. In other words, "Born Here Live Here Die Here" is your typical Luke Bryan album, for better or for worse.

Therefore, what you make of this new 10-song set depends entirely upon your overall opinion of Bryan. If you like what he's done up until now, which is create relatively inoffensive country-pop, this project provides (mostly) more of the same. The one noteworthy exception is "Build Me A Daddy," a heart-tugging song sung from the perspective of a young boy that's lost his father. Not surprisingly, Josh Thompson (one of the most underrated Nashville songwriters) has a co-write on this one. "Where Are We Goin'" is also a better-than-most pickup line song, probably because Brent Cobb helped create it.

In his defense, Bryan never signed up to be the voice of his generation (who would ever be so foolish as to do such a thing in the first place?) The title, about staying in one locale for life, also succinctly describes Bryan's artistic evolution (or lack thereof). Bryan will likely always be a performer that creates music for situations where boots need knockin'.