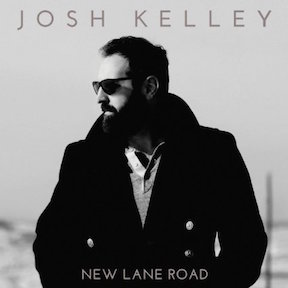 Josh Kelley's 2003 toe-tapper "Amazing" was meant to break up highway doldrums, but his eighth album, "New Lane Road," is for a different kind of journey: An overnight drive with a spouse and kids snoozing in the backseat. The collection is quiet and retrospective as the singer-songwriter reflects on being husband, father and son.

But its structure is odd. Albums rarely open with a track as emotional as "It's Your Move," which Kelley says is from a fight with wife and actress Katherine Heigl. She has multiple appearances in the album's storyline, like the next track, "The Rock that Found a Rollin' Stone," which points to better times by describing how she "smoothed out the edges and made me shine."

Other family members contribute: Kelley's father via monologue on the patriotic titular song. Kelley's brother, Charles (of Lady Antebellum fame), helped write "Call It What It Is" and "Take It All Back" - tracks that drastically pick up the tempo after the first two songs and keep the album from being as monotonous as looking through someone else's wedding portraits.

The tempo and themes bounce up and down from there. "I'll Be Standing Tall," "Life's Too Short" and "Only God Can Stop Her Now" has listeners pumped up and ready to break the speed limit just in time for the album to end.

As backwards as the pacing seems, all tracks prove Kelley knows how to craft poetry and perform it with one of the best songs in the business. The arrangements are tasteful - take the simple "Cowboy Love Song" that incorporates simple instrumentation and sounds the blow as smoothly as the wind across the plains.

For an artist once tethered to John Mayer comparisons, Kelley has found his own voice. "People haven't ever known who I really am, and now they're about to find out," he says. It might have taken eight albums, but listeners better buckle up.