Bruton turns up heat on "From the Fire"

When Stephen Bruton was about 13, his older brother, Sumter, would drive him and his buddy, T-Bone, to guitar lessons in Fort Worth, Texas. It's not an unusual family arrangement except that, in this case, Stephen and his young friend taught, rather than took, lessons at T.H. Conn Music Co.

Sumter, the elder Bruton brother, is a fine guitar player himself who stayed in Fort Worth to help mom run the small, eclectic Record Town music store across the street from Texas Christian University. 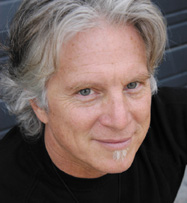 T-Bone is, for those who may not know, T-Bone Burnett, an in-demand producer and musician who was the driving force for the music in the movie "O Brother, Where Art Thou?" and other projects.

"The influences coming out of the record store were enormous," says Stephen in a phone interview. "I got to listen to everything from Howlin' Wolf to Liberace to Yascha Heifitz and George Jones. But what did it for me was 'Granddaddy's Rockin,' a rockabilly song by Mac Curtis, from Fort Worth."

He got his first guitar for Christmas when he was in fifth grade and quickly learned to play the mandolin, too.

used to do these bluegrass fiddle conventions on the weekends, and I would be the house guitar player," he says. "That usually lasted until about nine or so. Then I would drive across town and go to those black blues bar in Fort Worth.

never thought twice about the contradiction. There was no big deal. And it left you alone to incubate. All these great Fort Worth players got that way because they had to know how to play everything."

Bruton played often with Delbert McClinton and Glen Clark in Fort Worth.

It was a great experience," he says. "We did everything. We'd play hard-core country, hard-core blues, some rock and roll and then all of our own songs, and it all fit together. We stretched a lot of boundaries."

Bruton grew up to become part of the American music scene, playing guitar with, writing or producing for the likes of Bob Dylan, Bonnie Raitt, Kris Kristofferson, Elvis Costello, Carly Simon, Alejandro Escovedo, McClinton and many others. A renaissance man of sorts, Bruton has also acted in the movies "A Star is Born," "Heaven's Gate," "Miss Congeniality" and "The Alamo."

His new, fifth CD, the country-roadhouse rock "From the Five," from New West Records, reinforces Bruton's status as a very good songwriter. After two workmanlike CDs (the debut "What It Is" and "Right On Time"), Bruton elevated his writing to a higher level on "Nothing But the Truth" and "Spirit World."

Highlights on "From the Five" include the funky, toe-tapping, head-nodding "Walk by Faith;" the melancholy, twilight-carnival-set "Fading Man;" the jungle-set doomsday song "The Clock" and the moody "Treasured Wounds."

Bruton is especially good at creating moody, dramatic frameworks for his songs, and sometimes finding the killer line like, in "That Moment When," he sings, "innocence dies with its eyes wide open."

"I'm not a formulaic writer," he says. "I don't' try to set up a song for the punch line, although it's nice to always have something that really underlines the main point. That line - 'innocence dies with its eyes wide open' - just occurred to me while I was writing the song. You can have an idea for a song, which might be the hook line, but I don't want the hook line to be the strongest line in the song. That's like leading with your chin. I'd rather have a stronger line in the middle of the song."

The new CD is true to Bruton's roadhouse roots, although, since Bruton is now 55, a little more thoughtful and wistful than the typical country, rock, blues and old-time R&B mixture that make the music.

Four of Bruton's friends committed suicide in the past year. "The Halo Effect" sorta wrote itself after the fourth one.

"I was just writing. It wasn't even a song," he says. "I didn't sit down to write a song about it, but I wound up putting together these notes as lyrics three or four months after it happened. I had a lot of these different ideas, and I strung them all together and tied them together with the recurring title line."

"The Clock," written with Stephen Barber, grew out of an Arts & Entertainment network show Bruton saw, and his own disenchantment with the state of American civilization.

"It was a show about all these civilizations that just kinda vanished and how the earth reclaims itself," he says. The scene that most intrigued him was the throne room of a ruined palace where jungle animals now live.

"There were tigers on the thrones," he says. "How cool is that? That's where the first line came from. We think we're the end-all, be-all, but a thousand years from now people will be looking at our ruins and wondering what we were about. And the same animals will be around, maybe sleeping on Lincoln's statue."