There have been bad decisions, both personally and financially, during the course of Delbert McClinton's nearly five decades in the music business.

Yet, since McClinton, who will turn 65 in early November, took control of his musical destiny several years back and didn't leave it in the hands of what he amusingly calls the thieves at the big record companies, his career has never been so prosperous. 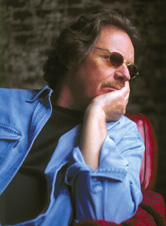 And, says the legendary blues-country-rock singer-songwriter, he's having so much fun these days that unlike a self-imposed five-year hiatus from recording, turning his back on music is not an option. In short, most everything McClinton touches these days turns to gold or at least to silver.

His latest CD on New West Records, "Cost of Living," is already a favorite of the critics. McClinton also recently returned from a tour of Scandinavia, where the Lubbock, Texas, native says for whatever reason, the people understand him and his music.

Yet, at this point in a musical career with its share of ups and downs - there was a 10-year period during which every label he was on folded - when a lot of artists are content to rely on past accomplishments, McClinton has produced another winner.

"Cost of Living" finds McClinton singing with as much conviction as ever. The songwriting is catchy and deep, and the production is crisp, brash and immediate.

"Norway is a very good place for us to play," says McClinton, who concluded a two-week tour there in early August. "I keep asking myself why, and there's no real firm answer. It's one of the best places that we've found."

Little surprise, then, that McClinton recorded his 2003 double CD "Live" album at the Bergen Musicfest at Teatergarasjen.

"They get it," McClinton said. "They have a big blues following. During this trip, there was a 17-year-old guitar player who was better than anyone I have heard. It was a festival for unsigned bands; there were four guys - the girl was a drummer - and they did it. They did the blues right. They were on the money."

McClinton says he's flattered when he hears Norwegian blues pickers lay into one of his songs. It's apparently a regular occurrence at these Scandinavian festivals.

"Most of them sing in English," he says, "but one band did it in Norwegian. It was strange hearing it in another language, but they played it great."

"I don't know what it is about Norway, but it's the Mississippi of Scandinavia for blues music."

For the uninitiated, McClinton was born in 1940 in Lubbock and grew up in Fort Worth. By the time he was in his early 20's, McClinton was performing with every blues legend who would roll through town - Lightnin' Hopkins, B.B. King, Sonny Boy Williamson - you name him, and it's likely McClinton and his harmonica played with them.

His break came when a black promoter had the confidence - and the guts - to allow a white band fronted by McClinton to perform at Blue Monday nights at the Skyline Ballroom along the legendary Jaxboro Highway in Fort Worth, a stretch of bars that alternated white and black clubs where white bands played blues and black performers played country.

McClinton's musical odyssey soon took him overseas to Europe, where over the years he obviously developed a wide and very loyal following. But it was in those early years while touring Europe with Bruce Channel that he happened to meet up with a then-obscure band named The Beatles.

McClinton at the time had gained a fair amount of recognition for blowing the harmonica lead on Channel's 1962 bluesy-rock hit, "Hey Baby."

McClinton and John Lennon talked about playing harmonica, which prompted Lennon to buy one and use it in early Beatles hits "Love Me Do" and "Please, Please Me." That chance meeting, McClinton recalled, didn't seem like a big deal at the time.

"They were great. You could see it then. It was just a year before the whole Beatles thing exploded."

"But it'd be far-fetched to say if I had a big influence on him. I was unique because I was one of the few people playing the harp. It was an important part of 'Hey Baby,' and a lot of people wanted to hear that."

McClinton's modesty aside, his music continued to influence rock, blues and country artists. Besides being close friends, country singer-songwriter-guitarist Lee Roy Parnell cites McClinton as a huge influence, and Emmylou Harris had a number 1 hit in 1978 with McClinton's "Two More Bottles of Wine." Martina McBride also covered it.

In the mid-'70s, he performed on "Saturday Night Live," scored several hit singles and won a Grammy for his "Good Man/Good Woman" duet with Bonnie Raitt. Besides Emmylou, Wynonna, Trisha Yearwood and Garth Brooks have covered McClinton's songs.