Upon first glance, the alien-like term "podcasting" reads a little bit like what Hollywood directors do when lining up roles for upcoming sci-fi flicks. Actually, it's a word that describes the technology for automatically distributing audio and video programs via the internet.

Podcasting's true DIY beauty, however, is the way it enables independent producers to create self-published, syndicated programming, which in turn opens up a whole new content distribution channel. 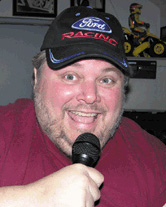 It should be clarified right off the bat that although "podcasting" merges the iPod product name with the word "broadcasting," an iPod player is not required to receive these programs.

In fact, one doesn't even need a portable player of any kind. Instead, because these programs are sent over the internet, technically there is no actual broadcasting involved at all. Rather, podcasts are merely recorded audio/video programs that can be downloaded from websites onto personal computers or digital listening devices such as iPods or MP3 players.

You may want to think of podcasting as a synonym for streaming audio/video via the internet.

Some have called Podcastng the "TiVo-ization of radio" because such programs can be heard anytime and anywhere and on the listener's timetable, instead of some big media conglomerate's schedule. It's not hard to pick up on the overall anti-corporate vibe running through the podcasting trend.

With all this said, however, why on earth is this podcasting technology important to country music fans?

Well, if you regularly listen to mainstream country radio - if you're that hard up for anything country - you know just how badly limited its play lists can be sometimes. If you love traditional favorites, such as Merle Haggard and George Jones or if your tastes lean toward the alt.-country of, say, The Handsome Family, you're forced by circumstance to spin the discs of your personal CD collection, rather than spinning the radio dial.

Similar to what college alternative radio has done over the years, podcasting has created a vehicle for broadcasting music the way it should be broadcast - with artistic values placed above commercial ones.

"The music industry wouldn't sign Hank Williams, Waylon Jennings, Johnny Cash, Buck Owens or Willie Nelson today," comments podcaster Ed Kliman of TexasMusicForge.com. "If real country music fans want to find the real thing, they're going to have to look for it. And podcasting is how they'll most likely find it."

Finding a podcast that suits your particular musical tastes may take a little work, but the Yahoo podcasts site might be a good place to start.

After typing "country music" into the search line, a number of inviting results come up on the screen. For instance, one of these shows is titled "Roots Rock Radio Show," which is described as "the best indie roots rock, alt.country, indie pop rock, rockin' R&B, garage, rockabilly, Americana, and rock & roll from around the globe."

With an even narrower focus, "The GarthCast" includes the tag: "Garth Brooks and Chris Gaines," which is especially geared toward keeping the recorded catalogue of that commercial icon (as well as his far less successful alter ego) alive.

Furthermore, there's "The Steel Guitar Podcast," which calls itself "the first and only Podcast about the steel guitar."

Nevertheless, there are more than just tunes getting played over these various podcasts, which is exemplified by "Hazel's Nashville Insider." This program is advertised as the place to get the latest news about country music from Music City from the lips of long time Nashville insider, Hazel Smith.

Everybody involved in podcasting's brave new world has a unique story about how they first discovered this inviting auditory outlet. In fact, many of its pioneers were working in different areas of the entertainment business already.

"I got into podcasting as I was already doing this show on 'real' radio, and the pod is just an extension of that," says Randall Cousins of Brave New Frontiers. "I am a musician/-songwriter/producer who has worked within radio at times in my career, between bands and projects and for a full-time 3-year stint in the '90s."

"Although I wear promoter and record label owner hats, I make my living as a web developer," Michael Holm of TwangOff explains. "That's provided me with the technical skills to build an online presence for TwangOff and enables me to produce the TwangOff Podshow easily."

Many of these early podcasters are artists themselves.

"I am a singer/songwriter and have a background in public radio, public television and cable television production," says Candace Corrigan, the producer of The Nashville Nobody Knows. "I was putting the show together as an audition for public radio, when the podcasting phenomena appeared on my radar screen (in February 2005). I decided to try it out and really haven't looked back."