Elvis Presley: at 75, I still care

Elvis Aron Presley, had he not collapsed face first into a shag carpet in his Graceland bathroom on Aug. 16, 1977, would have been 75-years-old Friday. Yet, somehow, his birthday seems all the more important because he is not actually here while others feast at his table. 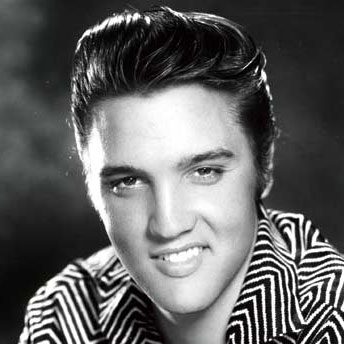 Graceland - a greater cultural icon and more milkable cash cow than even the Rock and Roll Hall of Fame - is being remodeled for future generations to come, gawk and breathe in a few scant molecules of the King's essence. Do the new overseers really care about Elvis? It's hard to say. In 2007, I spoke with one of the disc jockeys who ran the Graceland-based all-Elvis radio station and blithely asked, "So, do you like Elvis's music?" Bored, the jock candidly responded, "Well, let's just say that I'm getting used to it."

Well, let's not jump to conclusions. There's not much on those four discs that Presley fans haven't already bought on a myriad of other packages commemorating those heady days when the Tupelo, Miss. Flash ruled the charts. The early vinyl anniversary packages at least gave hard-core fan rarities, alternate takes and previously uncollected live TV appearances galore. Now, it's all about providing better fidelity for the old hits in an age when most consumers hear dreadful sound reproduction via mp3.

Looking for a label that really cares about Elvis? Seek out the ever-pricey but oh-so-satisfying FTD label, which legally issues Presley's alternate takes in Zen-like abundance. After hearing enough takes of "Do the Clam," trusts me, you'll be doing the freaking clam whether you want to or not!

For the more cerebral, there are books. Alanna Nash, already an Elvis-scribe of note, has released a new book about the Hillbilly Cat's relationships with women. (One wonders if Nash was tempted to echo a movie title and call it Elvis and His Girls, Girls, Girls!) The controversial Dr. George Nichopoulas, whose license to practice medicine had once been revoked because he prescribed literally thousands of pills for the King - whose heart attack was probably brought on by polypharmacy - has a book out too. Memphis disc jockey George Klein, the only Memphis Mafia member to prominently hold a real job, just released a book on his days as Elvis's friend. Impersonator and part-time country music star Ronnie McDowell has also just issued his book wherein he will probably say for the umpteenth time that he can't help but sound like Elvis.

Will these books provide tasteful insights into the native musical talents of America's greatest cross-cultural icon? Not if they want them to sell, they won't.

That said, I harbor great sympathy for anyone who attempts to write an Elvis-oriented book. This writer co-authored a medium-sized volume about Presley's original band which simply stated that without Scotty Moore, Bill Black, and maybe D.J. Fontana, he never would have made it out of Memphis. (A theme statement that has provoked surprisingly little argument, by the way.) While gathering interviews for the project, it seemed nearly everyone whoever knew Elvis had his hand out. "I get $200 for my interview," crowed a pint-sized 70s Elvis hairdo wearing senior alleged to be Presley's cousin. "Two hundred dollars," I exclaimed, "that doesn't seem right. Gordon Stoker of the Jordanaires spoke to me for free." Disgruntled, the man spat at my feet and griped, "Aw, he ruin it for ev'ybody."

That sort of thing dogged us at several junctures. A famous photographer promised us our choice of 100 photos of Elvis from his 1950s peak for a thousand dollars, and, convinced it was a bargain, we started looking for people from whom to borrow the money. Just as we neared our goal, people at Presley's record label informed us that the photographer in question had sold all the rights to his photos to them years earlier. And on and on and on. As a result, a simple book about three musicians who helped Presley discover and refine his style, proved harder to write, edit and deliver than anything else I had ever done. For our troubles, I endured snippy criticism from overseas Elvis fanatics, my health took a turn for the worse, my former co-writer and I still aren't speaking to each other, and I got screamed at by Fontana's current wife for the better part of 45 minutes. On top of all that? I have yet to see a royalty check. (OK, "The Blue Moon Boys - The Story of Elvis Presley's Band" was nominated for two national book awards. We didn't win.)

Yet, even after an ordeal that engendered a profound loss of trust in my fellow man, I still dig Elvis Presley. Why? The music. I spun my sister's Presley 45s constantly when I was just a toddler. As a preteen, the only thing my dad and I could agree on was the Detroit Tigers and the fact that "Kentucky Rain" is one fine record. (A former coal miner from Kentucky, my old man also liked "Suspicious Minds" and "Don't Cry Daddy.")