The Civil Wars will be missed

The news came as no surprise whatsoever, but the official word that The Civil Wars were history was nonetheless quite disappointing.

Joy Lynn Williams and John Paul White made beautiful music together during their four years together. The way they worked off of each other's vocals with a tremendous intensity and almost spiritually made the listener think they must be married to each other. They weren't, of course, but their voices blended so well. 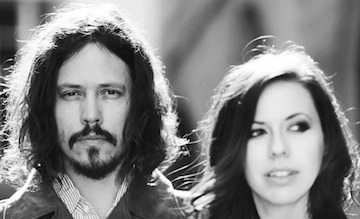 There was a haunting, emotionally intense quality to their vocals, something they were able to achieve in a live setting as well.

Just what the genesis of the split was remains extremely unclear. Williams and White had some sort of falling out prior to the release of "The Civil Wars," their major label debut in 2012. They never toured behind it and hardly did any press at all. The disc soared to number one on the Billboard chart.

And the statements on their web site Tuesday did not shed any new light either. "The Civil Wars...have regretfully decided to permanently part ways. The difficult decision ends a tumultuous period for the four-time Grammy Award-winning band, which has been on indefinite hiatus since late 2012."

Williams said in her statement that she was "saddened and disappointed" about the split. Williams said she was recording her own music and missed performing live.

White thanked fans, but was less clear about his future plans. "Whatever shape or form the next chapter takes, thanks for being a large part of this one," he said.

The Civil Wars made great music with a searing intensity to their live performances. They will be missed.