The Top 10 States for Country Music 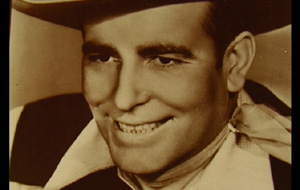 Forget Elvis....Bob Wills is the King

The 10 you've been waiting for. The 10 states where country music has a firm place in the past and in the future.

10.Pennsylvania Of all the Northeastern States, Pennsylvania definitely has the largest country music appeal. There are lots of live shows and concerts throughout the state. Country radio's biggest star, Taylor Swift, hails from the Reading area, and other acts like The Kinleys, The PovertyNeck Hillbillies and Dusty Drake call the Keystone State home. Aside from the Metro Philadelphia area, Pennsylvania largely has a midwestern feel to it.

9.Mississippi While it may be better known as home of the blues and birthplace of Elvis Presley, Mississippi has produced countless country music stars, most notably Charley Pride and Faith Hill. Both have sung proudly of their home state, and the state is mentioned in songs quite a bit - "I Kissed Miss Mississippi" by Hilljack and "One Mississippi" by Jill King. Watch out for rising star Randy Houser from Mississippi.

8.Arkansas How could any state that produced Johnny Cash not be on this list? Arkansas is a hotbed for country music. More contemporary artists from the state include Joe Nichols and Tracy Lawrence. And it's not difficult to find country music concerts or bluegrass/fiddle festivals within the borders of the Natural State.

7.Missouri Missouri - home of Sara Evans and Trent Tomlinson - would probably be a Top 20 Country Music state, if it weren't for the presence of Branson with so many country music-themed shows and attractions. People travel from all around the United States (and the world) to visit one of country music's most important small towns.

6.West Virginia "Take Me Home Country Roads" may have been performed by a pop country artist (John Denver), but check out Daryle Singletary's new cover version. And there's no doubt that this could have been a pure country song. Regardless, West Virginia is a pure country state. From WWVA in Wheeling - one of the largest country stations in the nation to artists like Brad Paisley, Little Jimmy Dickens and Kathy Mattea.

5.Georgia I attended the CMA Music Festival last Friday in Nashville, and they should have called that show, the Georgia Performance at LP Field. It featured the Zac Brown Band, Jason Aldean and Luke Bryan - all native Georgians. And you can't forget superstars like Alan Jackson, Travis Tritt or Trisha Yearwood. Georgia is much more than just peaches and Metro Atlanta. It's fiddles and steel guitars, too.

4.Kentucky For a state that's known for a subgenre of country music (bluegrass), Kentucky has made lots of contributions to country music. The likes of Loretta Lynn, Bill Monroe, Patty Loveless, Dwight Yoakam, The Judds, Montgomery Gentry and many others hail from one state north of Tennessee. Nashville may be the destination for stardom, but Kentucky has always been the inspiration for the songs and the place where they first made a name for themselves. The eastern mountains of Kentucky alone would have landed the state in the Top 10.

3.Oklahoma There was a time, about 10-15 years ago, when Oklahoma could have made the case for the best state in country music. That was when Garth Brooks, Vince Gill and Reba McEntire were topping the charts. Large country music festivals, small town Oprys and an ever-growing Red Dirt alternative-country scene keep Oklahoma high upon this list.

2.Tennessee Nashville is the center of commercial country music, and also the place where the Country Music Hall of Fame, Lower Broadway with all of its famous honky-tonks, the Grand Ole Opry and the Ryman Auditorium are located. The eastern half of the state - home to Dolly Parton - has Dollywood and Pigeon Forge. The Volunteer State makes an extremely strong case for the No. 1 overall state, BUT

1.Texas While country music may be a business in Tennessee, it's a way of life in Texas. There are no other places with as many country music concerts, nightclubs, small town Opry shows and legends (George Strait, Willie Nelson, Waylon Jennings, Bob Wills). And it's also the only state to have an independent country scene apart from Nashville. Texas Country, in some circles, is more popular than the mainstream country. It has cultivated its own history and heroes (Robert Earl Keen, Jerry Jeff Walker).