Country music lost a great one today with the passing of the Cherokee Cowboy, Ray Price due to pancreatic cancer at 87.

The Texan had a very long recording career stretching from his first hit in 1952 with Talk to Your Heart to his last one, 108 songs later, with Love Me Down to Size in 1989. Put it another way. These kinds of careers just don't seem to exist any more. 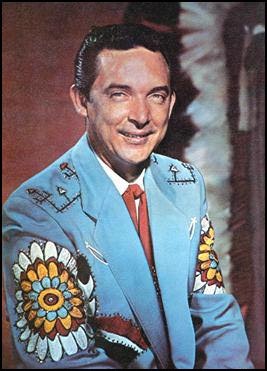 Price started off as a honky tonker. Check out such chestnuts as Heartaches by the Number, with a lot of fine singing by Price. He knew his way around a song with heartache, pouring his feeling and emotion into the song (The Same Old Me.). He would have no hit bigger than Crazy Arms, which stayed atop the country charts in 1956 for 20 weeks. No one sings songs like these today.

Later, in his recording career - in the 1960s - Price embraced the Nashville Sound, going for more lush strings and a softer sound. The hits kept coming, particularly For the Good Times, the Kris Kristofferson song which garnered him a Grammy for Male Vocal. The emphasis remained on the singer on such hits as I Won't Mention It Again from 1971 and She's Got to Be a Saint, a 1972 number one hit replete with strings and more of the crooning style of Price.

Even much later in life, long after the hits stopped coming, Price still was doing his thing, still giving concerts. He recorded the very fine "Last of the Breed" with Willie Nelson, with whom he would record three albums, and Merle Haggard The trio even hit the outdoor venues, making for a most pleasurable night back in 2006.

At that point, Price was already 80 years old, but, fortunately, his voice remained intact, and he turned in a very credible, enjoyable performance with a voice that stood the test of time.

Do yourself a favor if unfamiliar with Price and listen what made him such a great singer.

Price leaves a deep catalogue of songs that mattered and stand the test of time. RIP Ray Price.