The Band Perry: You are what you are

Universal Republic sent me an email this afternoon with the notice of The Band Perry If I Die Young "CROSSING NOW!"

The notice gives viewers a chance to stream the number one hit single - on the country charts anyway - of the trio's big song as a "pop mix." 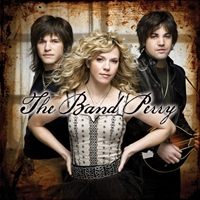 So you click and listen, and it's not terribly different than the number one song except for a few aspects that give it a non-country feel. The mandolin and fiddle, which are very prominent on the country version, is nowhere to be found - at least not to my ears. Electric guitars and keyboards replaced the mandolin and fiddle. The difference is not huge, but subtle. Kimberly Perry's vocals sound the same to me, which are real good.

But as a country music booster, I've always found this kind of shenanigan to be problematic. On the one hand, I understand it more than ever in this day where sales are exceedingly difficult and one wonders how the music labels are making any money (not to mention the artists, who often seem to hardly make anything while working for the Man). Yet, this is nothing new. The idea of offering different mixes for different segments of the music audience has been around for years. I didn't like it much then and still don't.

I always liked the fact that Brad Paisley said you weren't going to be hearing him on radio stations that weren't playing country. He has said that for along time and as far as I know stuck to his guns. It'd be great if more acts (you listening TBP?) felt the same way. Maybe there's not enough greenbacks in it any more, but whatever happened to artistic integrity and just sticking to your artistic guns. You are what you are.

And from what I can tell about The Band Perry from listening to them - I have yet to see them live - they have a country sound. No, they're not hard core, Haggard/Jones country, but they're not afraid of being country (okay, there is somewhat of a pop feel) - their third single, You Lie, makes ample use of mandolin and fiddle without guitars a-blazing.

Once you let everyone change what you think you are, you are no longer what brought you to the dance.