For Alan Jackson, the ball's in his court

Earlier this week, Alan Jackson put out "34 Number Ones," which contains songs ranging from Chasin' That Neon Rainbow to Country Boy.

AJ also put a few new songs on there, including Ring of Fire, the song made famous by the Man in Black, As She's Walking Away, a hit for Zac Brown Band featuring AJ and Look at Me, the song from the Billy Graham biopic out several years ago. 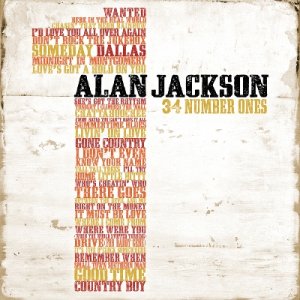 In an interview with CMT.com Jackson threw out there that this could be his swan song for the label.

Jackson told CMT that he's "not on anybody's label." The Georgia native also made it clear that he could re-sign with Arista and Sony Music, which operates Arista.

"I'm not saying I won't be on their label," Jackson said. "We just haven't really negotiated anything for the future - and I haven't with anybody, to be honest with you."

"I don't know what's gonna happen. We're just kind of seeing what the options are out there.," Jackson said.

For some singers, like Jimmy Buffett and Toby Keith, that has meant starting their own label. One wonders if that's in Jackson's future.

Jackson seems like a guy who does his own thing. He has been a bit different for awhile, standing up for the common, working man without sounding false about it. He also has a sense of humor and the ability to put out the kind of material he wants given his track record over the years.

But Jackson also has ties with Sony since its head, Gary Overton, managed Jackson about 15 years ago.

"I'm gonna do what I'm gonna do," Jackson said. "I don't have anything against the Sony group...Gary is an old friend. We may end up there. I don't know. I just really don't."

Going with another label is certainly the easier route, given the difficulties of making inroad as an indie. However, Jackson also has a ton of hits under his belt, making his task easier.

This is not an easy choice, but Jackson can do as he chooses - he has earned that right.