For Rounder Records, the end of an era

It's with regret that I write about the sale of Rounder Records. The well-respected indie label has been around for 40 years, and was extremely important to the type of music we write and care about. 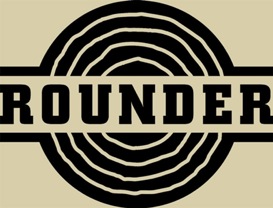 Bluegrass always was part of the mix for Rounder from J.D. Crowe on. Of course, they nurtured their signature artist, Allison Krauss, who has been only on the Massachusetts-based label for her entire career. There sure is a lot to be said for that especially considering the majors must have been nipping at her buds for years to try to convince her to chase the greenbacks and supposedly greener pastures.

But Krauss has done quite fine by Rounder, and the label certainly has benefited from her being on there as well. That was topped off by her "Raising Sand" CD with Robert Plant.

Rounder has never been a label to stand still either. They often went for the extremely esoteric - like Turkish music from the 1930's or something like that - not because they were going to get rich off of it, but because they had a musical mission to get out music they cared about.

There is certainly something to be said about that as well especially in this day and age where, for a number of years, the record business has been so bottom line oriented.

The demise of the major record labels and their constriction of rosters also benefitted Rounder because as a result, they were able to sign folks like Plant and Mary Chapin Carpenter. Doing so, however, did not stop them from developing new acts like Dailey & Vincent and The Grascals.

Recent years have not been entirely kind to Rounder either, according to Ken Irwin, one of three founders of the label 40 years ago. Irwin, a real music guy with a genuine passion, said that Rounder has enjoyed some good and not so good years profit-wise of late, and that, in part, led to the sale of the label.

Fortunately, Irwin and his compadres Bill Nowlin and Marian Leighton Levy sold Rounder to the Concord Music Group, owned in part by Norman Lear, the television producer ("All in the Family"). This is a good fit, or at least it seems like it should be. Concord has been heavy into jazz, while also expanding into roots/Americana music to some extent in recent years with Tift Merritt and Jon Fogerty (although Creedence Clearwater Revival was part of the Concord group).

Fortunately Irwin, who was an ultra-key player in the musical direction of Rounder, will still be on board there. It's not clear for how long, but hopefully Concord will utilize his A&R talents for years to come.

Unfortunately, layoffs will be part of the picture - expected, but still sad. Let's hope that does not extend to the rosters of the two labels and that Concord comes out of this in good shape and thrive.

At some level, this is certainly the end of an era. Let's also hope that Rounder achieved its goal of selling to a label that cares about the music and moves onward and upward somehow.